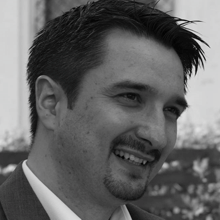 For almost 20 years, Ciprian has been actively involved in the nongovernmental sector of Romania. In early 2000, he was a member of AIESEC and ELSA, two international student associations which opened his appetite for civic engagement and immediately after that he had the opportunity to coordinate the activity of a human rights association. For seven years now, Ciprian is the Executive Director of Iași Community Foundation and actively rallies people to its mission, in an effort to make Iași one of the most enjoyable cities in Romania. Since 2015 Ciprian also serves as the President of the Romanian Federation of Community Foundations, supporting the 16 member foundations to better serve their communities and foster a culture for philanthropy in the country.

Ciprian has graduated in law and is an active promotor of volunteering and civic involvement. He is also a philanthropy advisor and helped numerous groups in establishing community funds.

This site makes use of cookies. Some of them are essentials while other help us improve your experience. If you continue we'll assume you are happy to receive them.ContinueRead about cookies in our Privacy Policy
UP
‹ › ×